A Novel – and how to write it

How do you write a novel?

You start with a desire to tell a story. It will be a particular story, about people who matter to you, and you may not know when you start where it will end. Alternatively, you may know the ending, but not the middle.

By the time you’ve written half of it, you may well discover that the denouement you’re now aiming for isn’t the one you had planned; your characters have other ideas about where they are going.

That’s the odd thing about the whole process: you find that these people, whom you have created, know better than you do what should happen next. They evolve in ways that you don’t expect.

Mrs Calcott’s Army began as a spark of an idea, triggered by the discovery of an 18th century gaming token in the garden; that, and the gudgeon pin of a gate which once led to a well at the rear of an inn. The right of way for all the cottagers to access the well still existed, even though it and the sprawling hostelry were long gone.

It is in part the knowledge that people have been here before you – have left their pipe stems and their broken pottery in the ground for you to find at the turn of a spade – that stirs the imagination. That’s just the beginning, though; where the characters come from, fully formed, with their hopes and fears, their past and their future, no-one can say.

Wimborne is a real place. Its Minster church has its origins in the Dark Ages, though the Quarter Jack is much later; and the medieval street plan, with each dwelling having a long strip of a garden, still remains. There has been a regular market there for eight centuries.

None of the houses referred to are real, though they were inspired by the buildings and the architecture of the area.  The George Inn in the Cornmarket no longer exists.

Characters, however, come out of nowhere. Who they are, what they do, and where they go are all products of the imagination. You have never met them; you don’t know anyone like them. They are simply people who wanted their story to be told, the best way you could tell it. You can only hope you’ve done them proud. 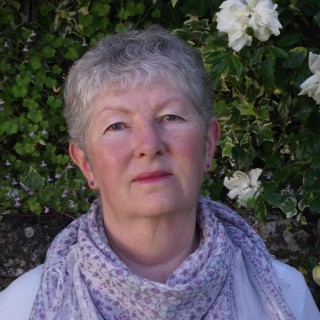